How To Make Basketball Camp Fun For Everyone

CULTURE IS KEY. Youth basketball camps are not only a great way to build the skills and basketball IQ of incoming athletes, youth camps should also be a place to build the excitement and the anticipation for being a part of your program. This is a long-term approach that gives the kids in your community a chance to buy into the basketball powerhouse you’re working towards.

Within the day-to-day operations of a youth basketball camp, there are a handful of must-haves, or staples I guess you could call them. Important components we’ve implemented, tweaked and found so beneficial over the years, that we’ll never run a camp without them. I have a whole bundle of material in my Ultimate Youth Basketball Camp Guide, but today I’m just sharing 3 simple things that are key to a fun and exciting camp that will bring kids back year after year. 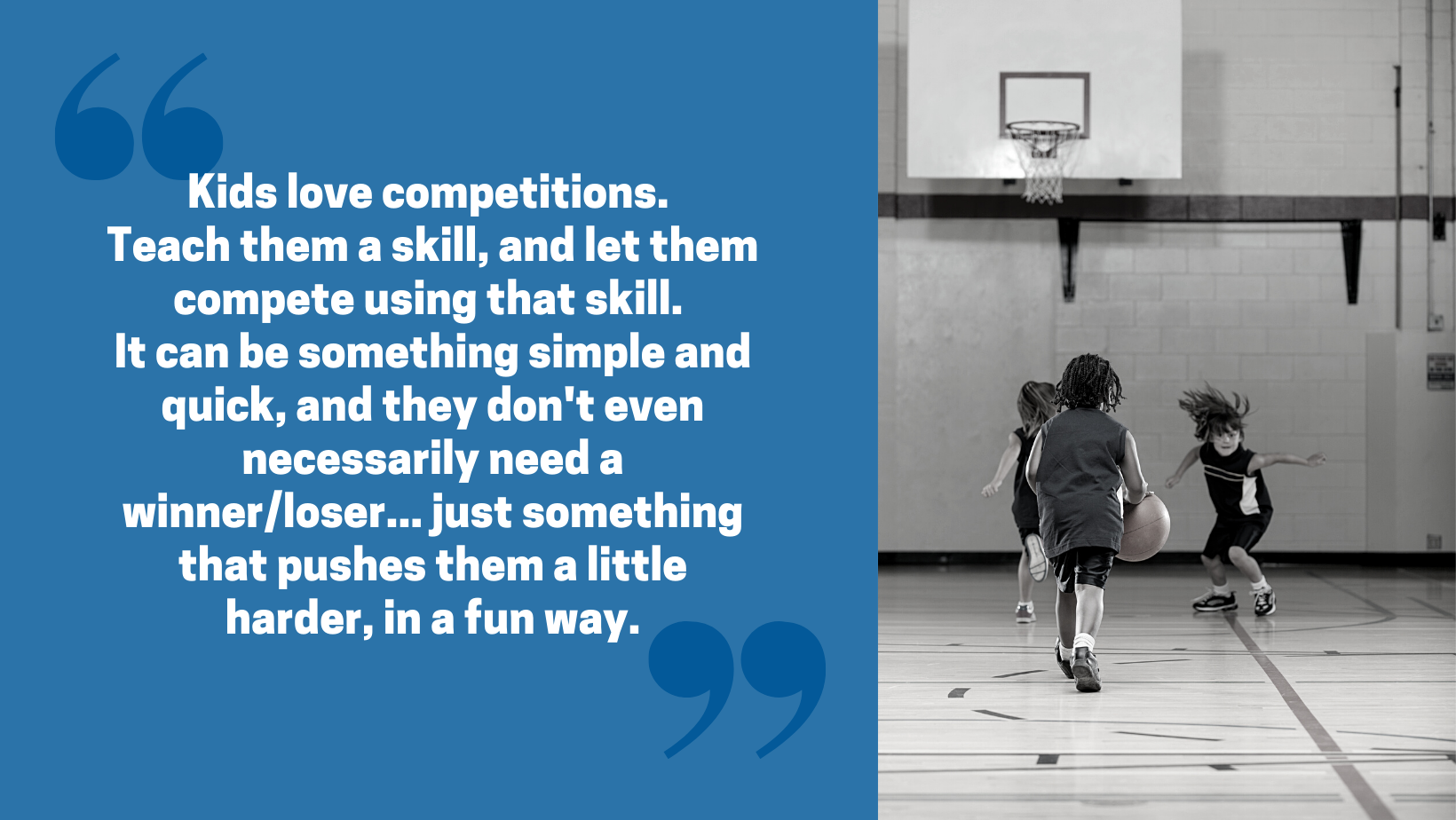 1. COMPETITIONS THROUGHOUT THE DAY

Kids love to compete in a fun and fast-paced environment. Little games or relay races. It doesn’t have to be grueling or intense. Just small games that allow the kids to interact with each other - AND THEIR COACHES! What kid doesn’t love playing against a fun high school player? We’ve seen that these camps are a healthy setting for kids to learn how to be a team player. PLUS, when we use drills and games that encourage problem solving and communication, kids’ voices are heard and everyone involved is working towards the same goal. A place where every teammate has a role, a voice, and is valued is one of the most important parts of the culture we strive to create all season long.

2. HAVE A DAILY THEME

While most parents and kids look to youth basketball camp as a fun way to build skills it's important to recognize that sports teach so much more. I've used a daily theme for every camp I've ever run. I typically start with a quote that emphasizes the theme, and then I give examples of players who have exemplified the theme. Throughout the day I ask my coaching staff to be on the lookout for campers who exemplify the theme for the day. The next time the whole camp comes together, either that day or the next morning, I recognize what the camper has done.

For themes, I choose something that wasn't already being emphasized in station work or games. For example, the coaches at the stations talk about hard work all the time. I don't feel as though I need to use that as a theme. I like to use concepts that I want to see in my players on my teams, things such as unselfishness, being a good teammate, honesty, being a tough competitor, etc.  I'm building my program for success on the court and off.

Some examples from past camps: 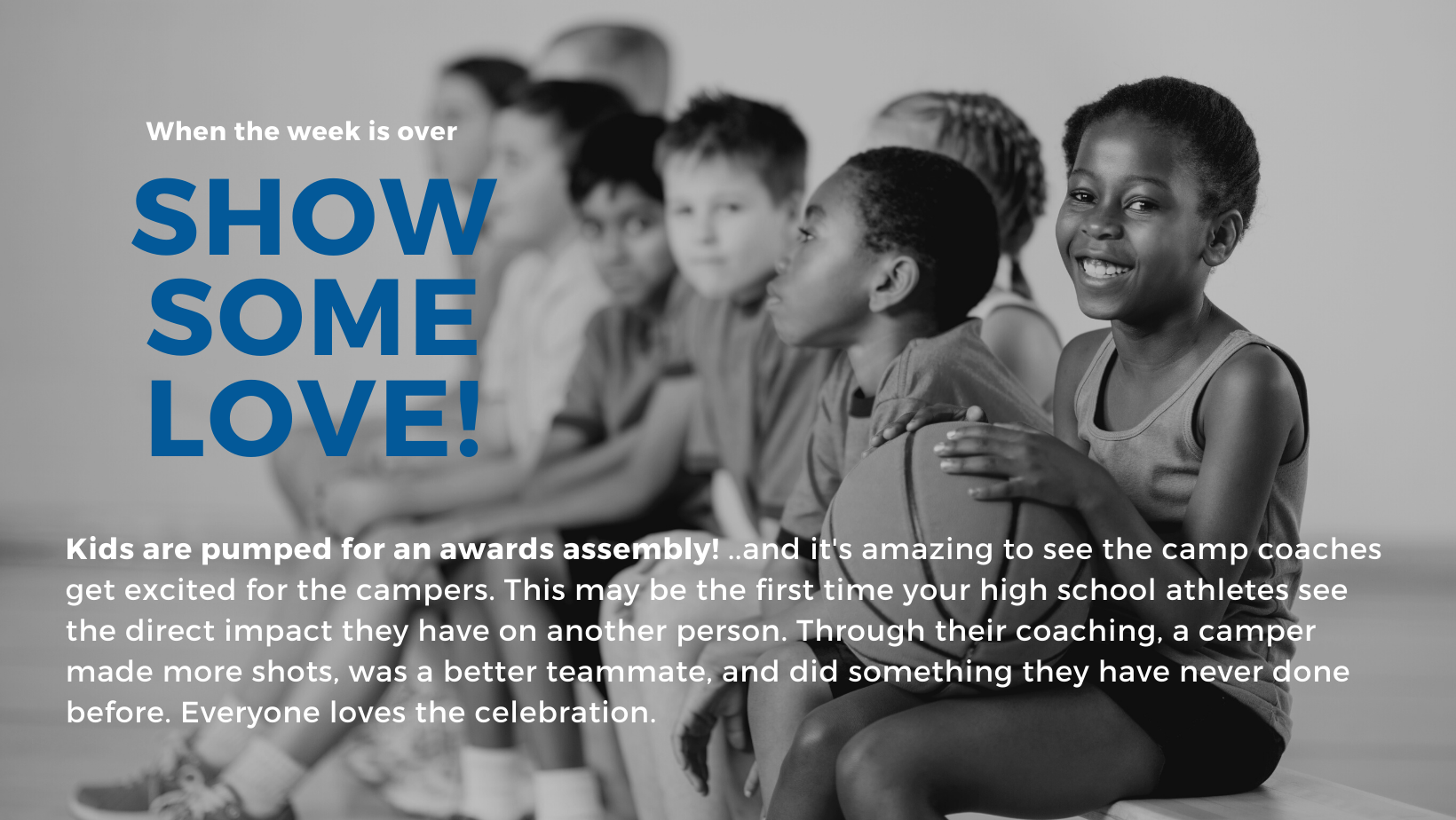 3. HAVE AN AWARDS ASSEMBLY

It's always nice to wrap up a week of camp with an awards ceremony. You can really use your imagination on this and do it however you see fit for your group. Some camps do it by station and let the station coach recognize kids.  Sometimes it might be more fun to bring it all in and recognize campers in front of everyone. Decide ahead of time what types of awards you’d like to hand out and what categories you’ll use. This way, your team of coaches and staff can be on the lookout for kids who are working hard.

At my youth camps,  I have my camp coaches keep track of different stats or details during the week. We track shooting test champions, personal best of players, highest average for the week, and highest one day totals. We've also done awards for the hardest worker, best teammate, most coachable, and most improved.

One last note on awards. It's amazing to see the camp coaches get excited for the campers as well. This may be the first time they've seen the direct impact they can have on another person. Through their coaching, a camper made more shots, was a better teammate, and did something they have never done before. This is part of creating quality players in your program- but more importantly, quality people.

As the head of your program, there are so many things to take care of in the off season. Youth summer camps can be a little easier if we get organized early on - and when we allow others (like our players and assistants) to step in and help out when they’re willing. These camps don’t have to just be another “things we have to do this summer” but can be a really great way to build hype around your teams and build amazing loyalty and love from your community.

I’ve got so much I can say about youth camps, but I’ll wrap this up by wishing you a great spring camp-prepping season, and an exciting summer.

As always, if you have questions and any of this, or about youth camps in general, send me a message. You can also grab my online bundle of youth camp resources if you want to know everything from A to Z. I’ve put all the templates, resources, etc that I use in one place for coaches to have. It’s saved A LOT of coaches A LOT of time. Check it out 👇. 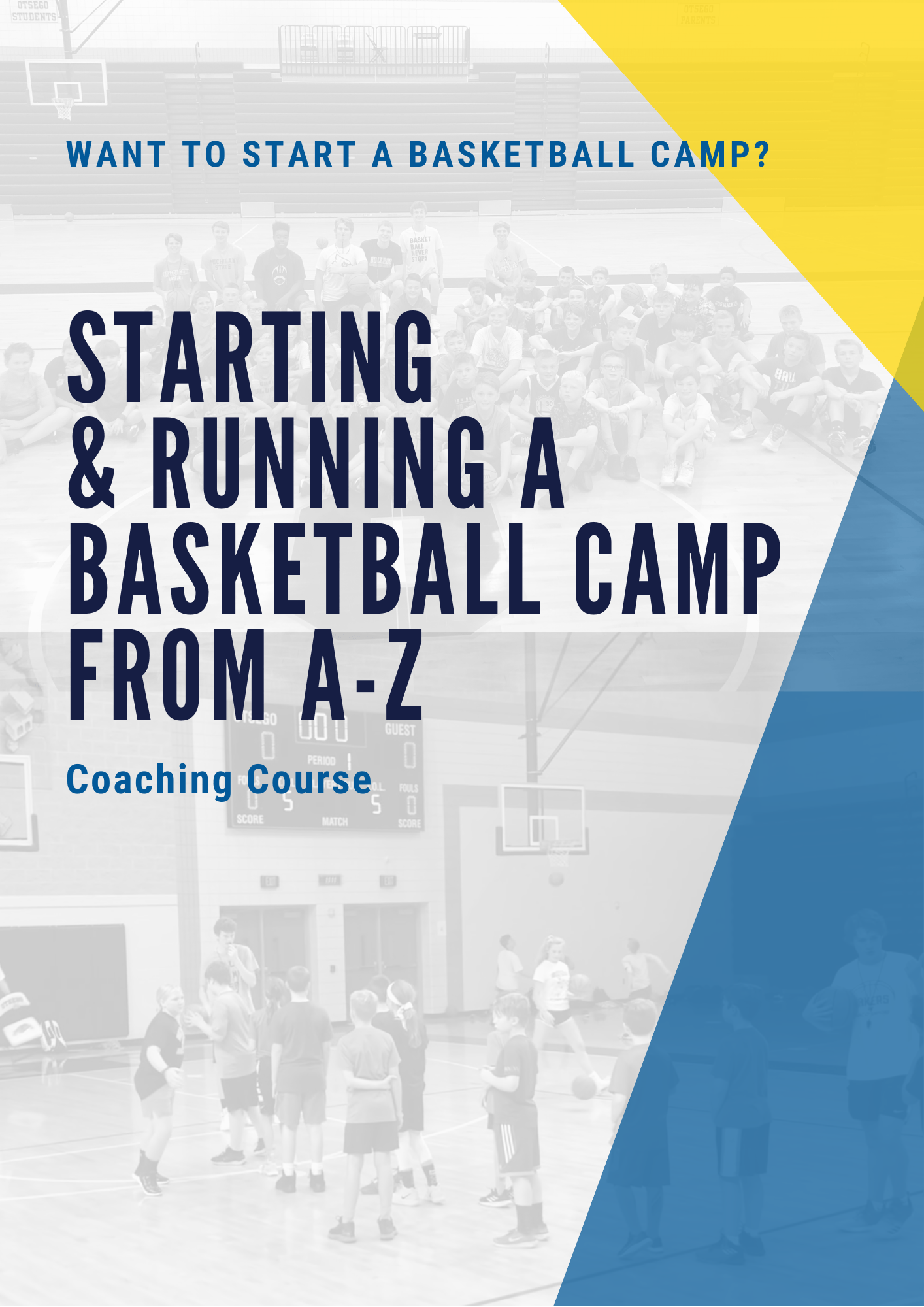 In this course, I'll give you everything to build an awesome basketball camp using my tried and true formula, schedule, drills, templates, and planning tools. Everything!!