Is Your Zone Offense Holding Your Team Back? - CoachMattDennis.com 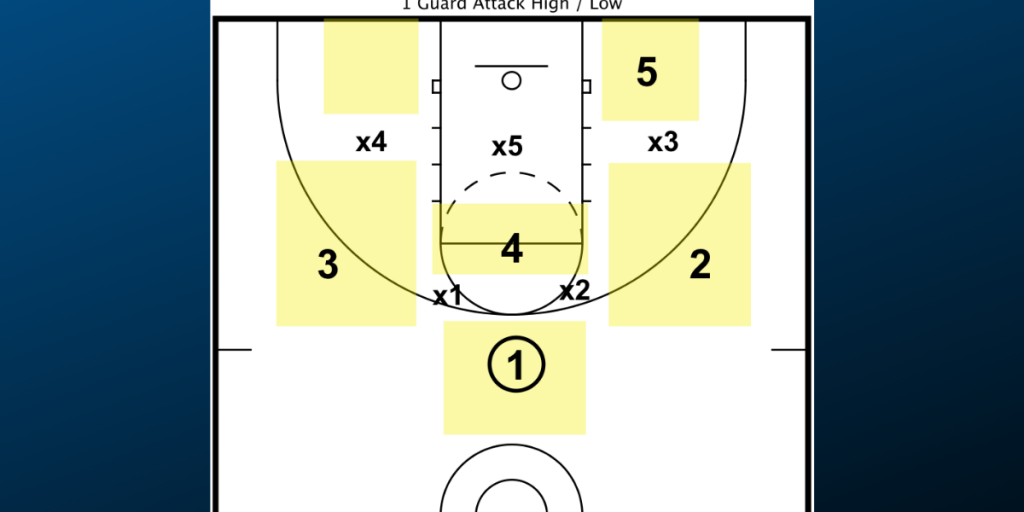 Do yourself a favor and go ask your players what they want to run for a zone offense? If you get a bunch of blank stares looking back at you than you know your zone offense may be holding your team back.

Too much of the time our players aren't confident in how to attack a zone. Even if you have a couple of set plays or continuity style offenses to run your players need to know how and and when to attack a zone defense. The confusion they showed you when you asked the question is the same confusion they'll have in a game when a zone is thrown on them after a free throw attempt or after a time out, and we both know this can't happen.

The question then becomes how do we minimize this confusion? I think you run the same thing against a zone as you would against a man to man defense. When I say the same thing I'm talking about the same concepts and actions that get you shots within your man to man offense. If your team doesn't know these concepts and has to bring the ball back out, call a timeout to get adjusted or look to you for instruction you've given the other team confidence and validated that your players are still confused.

These concepts can be learned and need to if you want to attack a zone defense right away. This all starts with having your players in the right alignment and positioned to take advantage of the defense.

Initial Set-Up Against A Zone

Letting your players know where they need to be on the court against a zone is first and foremost.

We start our players in the gaps of a zone, this makes sense since it will require the defense to adjust to where our personnel is right away. A quick call out of "zone 1" or "zone 2" lets our players know where they need to be right away without ever looking at me. Here is how we set our offense up against an even and odd man front. Even Person Front Against an Odd Front Defense Odd Person Front Against an Even Front Defense

You can see that our post players (which don't necessarily have to be traditional posts) are in a high low set. This allows for us to take advantage of the gaps created once the ball has been swung to one side of the floor.

Take a quick look at the high / low action we are consistently looking for against a zone defense. The ball is entered into the high post from the wing. The diagrams show an entry pass to player 4 in the high post, which we will cover more of below, but a pass to player 5 in the short corner would trigger player 4 to dive to the rim. Either entry pass is effective and gives us a chance at a shot near the basket.

Looking closer at passing the ball into player 4, there are three things we want our players to keep in mind as the ball is entered into the high post.

1. Does the player 4 have a shot? By looking at the rim to shoot the defender X5 is drawn away from the hoop and an easier pass can be made to player 5 cutting to the rim.

3. The third option is for player 4 to look at swinging the ball to the opposite side of the floor. It is unlikely that we will create an advantage by passing the ball back to the same side of the floor that the ball just came from so we want to look opposite if options 1 and 2 aren't available. (You'll see this concept below.)

A great way to keep the defense guessing about how you want to attack the zone is by disguising your zone offense. A 1-4 high set or what we call two high is a great way to disguise the actions we will use in our zone offense. A 1-4 high set can work great against a 1-3-1 as well when combined with the 11 rules for attacking a 1-3-1 zone.

You can see in the diagram above that X3 has a decision to make, do they stay with player 4 diving or do they go with player 2 dropping to the corner? These types of decisions put the defense in a bind and force them to make decisions quickly. This is exactly what I love my offense to do no matter what defense is being played.

Anther way to disguise your set is to start your team in a 1-4 low set. Give them a queue such as "once the ball is dribbled over the volleyball line the wings will break up to the free throw line extended." There is no play, only movement that the defense has to react to and communicate about.

It should also be known that you have to be a threat from the three point line as well. If you only have one good shooter then run your action so the shooter is diving to the corner and not making the initial entry pass. This will allow your players to utilize the three principles of attacking a zone defense as well.

While there are multiple ways to attack a zone defense they all require the same principle ideas. Here are three principles they must know:

1. Attack a gap whenever possible to create 2-1 situations.

2. Go inside first and then back out to find a great shot.

3. Swinging the ball to shift the defense and open driving and passing lanes.

If your team knows and executes these three principles they will find good shots and have opportunities to score.

This simple offensive strategy that is listed has worked for me in college and high school and is simple enough to teach to youth teams as well. Once your team has mastered these concepts its time to add more strategies and actions for your team to use. If you're interested in learning more check out the the Offensive Systems section (shown below) inside the Coaching Lab or view Attacking A 2-3 Zone from our Coaching Courses section.

How To Eliminate Turnovers